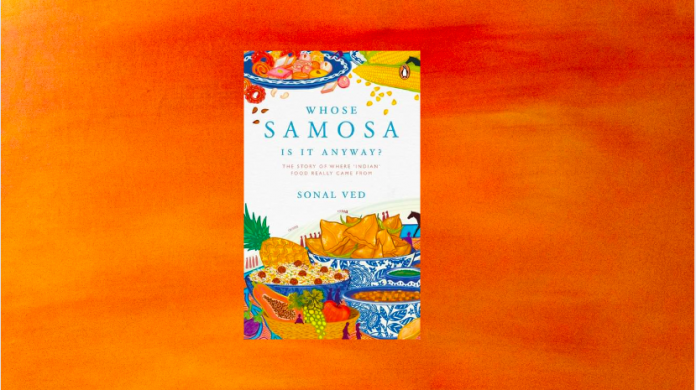 Whose Samosa is it Anyway?: The Story of Where ‘Indian’ Food Really Came From
by Sonal Ved
Publisher:Penguin (2022)

When an artwork is presented, often people are inspired to look beyond the piece itself: pondering over not only ‘What is the piece really about?’ but also ‘What are the dominant artistic styles?’, ‘Which art movement does it portray?’, ‘What’s the history?’. Whose Samosa Is It Anyway by Sonal Ved is an ingenious move in the representation of the culinary field as a field of artists, one that is shaped by civilisations, rulers, traders, and of course, the common folk.

“It is interesting how King Someshwar spoke of meats and their elaborate preparations: as if it is
something right out of a Salvador Dali cookbook.” – Sonal Ved, Whose Samosa Is It Anyway?

The book is an attempt at showcasing the power of food to make people interact. The reader, after reading this book, can well imagine a venn diagram with the intersection of people and availability of ingredients being innovations in food. What is most endearing about the four sections in this work is that each spans a multitude of cuisines, nations and cultures and effectively charts the origins of several recipes according to the movement of ingredients and food technologies.

Very interestingly, at some points, the writing features wonderful imagery and the reader may want to read such sentences over and over again to truly grasp the visual and the artful combination of the certain subjects. For instance, in the chapter ‘Traders and Conquerors’, Sonal Ved writes, “It made me picture bazaars brimming with Greek pearls and Indian peppers next to each other”. The oriental fascination with bazaars is evident in several works such as in the tale of ‘The Porter and the Three Ladies of Baghdad’ in A Thousand and One Nights, but as readers, we remember not only the glamour associated with such bazaars but also the ways in which they are written about.

The author, as a “food reporter”, begins with a very strong introduction that logically lays out certain arguments and conclusions that prepare the reader to think beyond taste when it comes to food. It begins with the beginning, explaining the formation of Rodinia, the super continent and its fragmentation. The introduction is bolstered with the unearthing of religious politics that has, at least in the past, surrounded the distribution of food in India across castes. The meticulously curated introduction gives the readers a taste of what can be expected from the rest of the book and what each section caters to. Beginning with the Indus Valley Civilisation and the advent of agriculture itself, the first chapter introduces the readers to several excavated sites which have revealed much about the agricultural practices of 7000-5500 BC that formed the base of cuisine construction for the Indus Valley Civilisation later.

The next chapter focuses on the impact of religion on food and food habits. This segment is a precious part of the book as it draws rational associations between religious texts and food habits. As in several other parts of the book, this segment too, features facts backed with excerpts from ancient texts. The third chapter is on ‘Indian Royalty’ and attempts to broadly cover several parts of India. With the immigration of people, kings taking over and losing states, the Mughal empire growing and the subsequent rise of the British raj, South Asian cuisine, specifically Indian, was moulded and appropriated widely.The first-hand accounts, pertaining to culinary traditions, of several people such as Ibn Batuta, Anand Ram Mukhlis, and Abul Fazl, qualify as the highlights of this chapter.

The last chapter is dedicated to traders and conquerors and it gives the readers more than just an idea of how Indian cuisines underwent hybridisation during and after the British rule. What we have in the form of this book is a well-researched project that covers a multitude of influences which have shaped and continue to impact Indian cuisine. Throughout the book, the author has zoomed in and zoomed out at appropriate places. The local and the global, the past and the present, are explicated with reference to each other, without attempting to force ownership over facets of culinary traditions.

The introduction is where the reader might find some freedom being utilised in terms of writing and touching upon aspects that are not closely related but as the segmentation occurs, themes are tackled with commitment to what the chapter is catering to. Digressions are avoided which makes chapterisation the strength of this book’s structure. There are a few personal instances, including those in the introduction and the beginning of the first chapter. In the latter, the personal touch proves to be a powerful note to begin with.

This book is a must-read for people who are willing to learn about the movement of communities and kingdoms through the lens of culinary transformation in India. It is also for scholars in and avid readers of cultural studies who wish to explore the extent to which various factors have impacted the Indian kitchens. Of course, people who enjoy cooking and would like to know more about the history of the subject of their passion will surely find a treasure in Whose Samosa Is It Anyway? 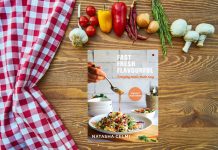 1 ARTICLES PUBLISHED
Meher Gandhi is interested in literature, psychology, art history, cultural studies, and architecture. She is a triple major B. A. graduate in literature, psychology, and media from Christ University, Bangalore. She holds experience as a research intern with the Centre for Memory Studies at IIT, Madras and as an editorial intern with Penguin Press at Penguin Random House India. With Atta Galatta, she holds a special bond. She considers it to have been her haven for the time she was in Bangalore, as it was the first bookstore she stepped in after landing in the city. Meher is determined to pursue her passion for literature and wishes to continue exploring her fields of interest. 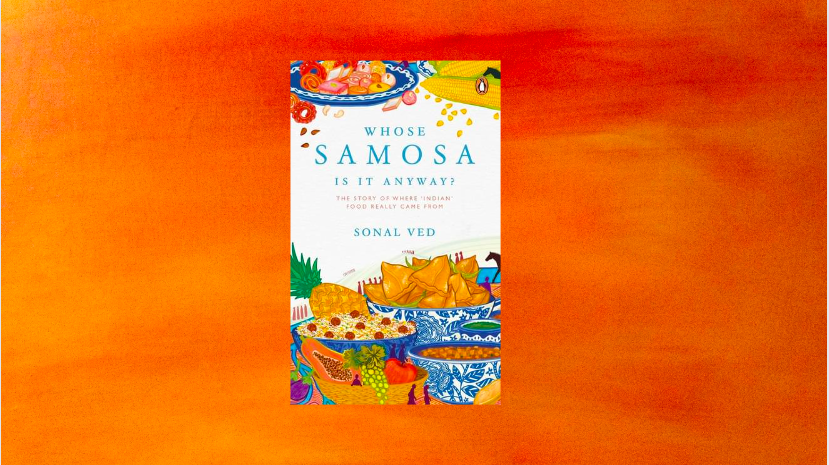 Whose Samosa is it Anyway?: The Story of Where 'Indian' Food Really Came From