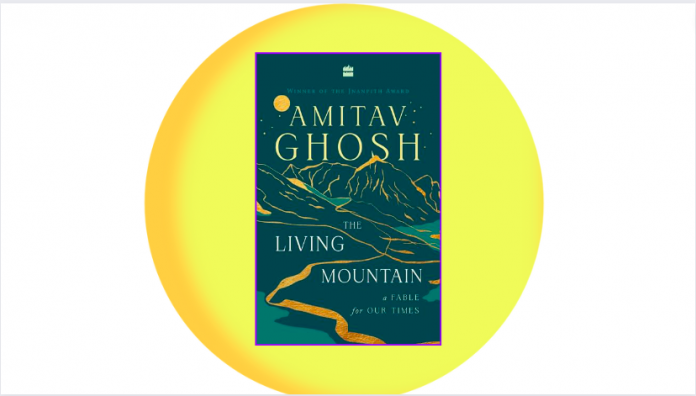 The Living Mountain: A Fable For Our Times
by Amitav Ghosh
Publisher: Fourth Estate (2022)

Do you guys hear the word Anthropocene?

According to National Geographic Resource Library, The Anthropocene Epoch is an unofficial unit of geologic time, used to describe the most recent period in Earth’s history when the human activity started to have a significant impact on the planet’s climate and ecosystems. This word is the focal point of this book.

Remember listening to the tales, stories, and lively anecdotes that our grandparents used to tell us, the ones where there were descriptions of things they missed watching around themselves, things they used to witness in their childhood which they wished we could have witnessed as well, but unfortunately did not. Who are the reasons behind this? HUMANS only! Also if you have read ‘ The Ailing Planet: The Green Movement’s Role’ written by Nani Palkhiwala, you might remember an excerpt from it where there is a zoo in Lusaka, Zambia where the notice in a cage reads ‘The world’s most dangerous animal’ but there was no animal there and the only thing inside was a mirror! A clear and exact representation of human behavior.

Coming back to the book “The Living Mountain” by Amitabh Ghosh, which is my first read by the author, is a cautionary tale of how we have systematically exploited nature, leading to an environmental collapse. The narrator of the story is in a book club which is started by a girl named Maansi, who was grown up in Nepal but now lives in New York where she worked as a sales manager for a design company. Her club had one rule, you have to talk about books, not yourselves. As a result, everyone left, and at last two of them are left in that club. On every new year’s day, they choose a subject to explore for the next twelve months. This year it was Maansi’s turn and she choose the word ‘Anthropocene’ because her company adopted it as its fashion theme of the year. To know more about the book she read a book about some poor people on a remote island who suffer a terrible fate. After that, she had a terrible dream. The main part of the story revolves around that.

Recounted as a dream, this is a fable about Mahaparbat, the Living Mountain, the indigenous valley dwellers who lived and prosper in its shelter, on one condition that strangers would never be allowed to enter there. Once every year, their heads go and meet the merchants and exchange the gifts of the mountain with trade goods. But one year a stranger comes to know everything about that valley and changes their lives upside down. The assault on the mountain for commercial benefit by the Anthropoid, humans whose sole aim is to reap the bounty of nature, and the disaster that unfolds as a result.

It is a very well-written short book that is relevant today when there was the deterioration of human and nature relationship, abuse of resources and we are forgetting our culture. Other than nature it also focuses on women’s empowerment, which is like a cherry on the cake, showing how men because of their benefit, restricted them. The part where I felt underwhelmed was that coming this book from an author like Ghosh, which although being my first read, came with expectations, because of the articles and excerpts I have read here and there, and when it came to this book, a lot could have been done with this fable! As mentioned on the cover, “A fable of our times”, this book while giving an impactful, insightful, and strong message to the readers, failed to mark the impact emotionally which was expected from the fable.

Being an important read for the topic it covers, this book is worth reading. You can check it out if you are looking forward to reading something in this genre.

Previous articleWhose Samosa is it Anyway?: The Story of Where ‘Indian’ Food Really Came From
Next articleIndia’s Freedom Story
Jainand Gurjar 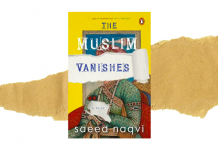 The Muslim Vanishes: A Play 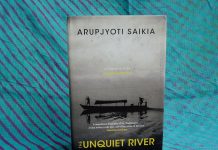 1 ARTICLES PUBLISHED
Jainand Gurjar is a student who is understanding the “politics'' of life through “psychology”. The journey of reading which started by being forced by his classmate in school ignited so much that it never stopped then. The joy of reading when mixed with writing initiated the journey of talking about books on various social media platforms. Being slightly more interested in Hindi literature and Indian writings, you can check out his Instagram page @jainands_diary 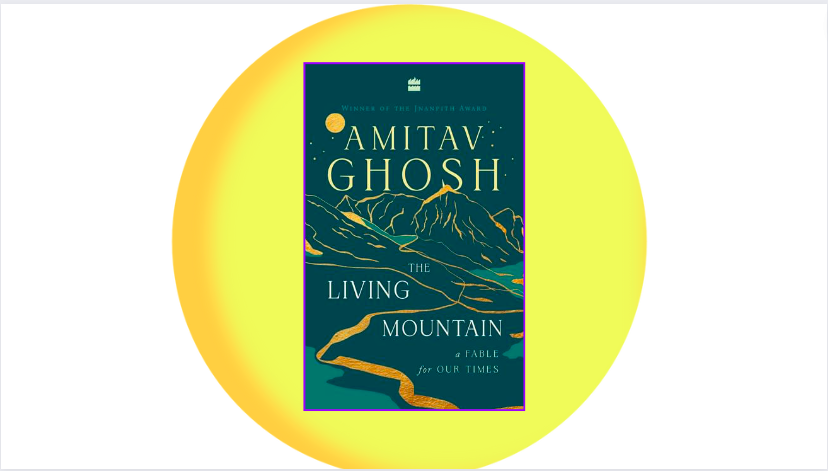 The Living Mountain: A Fable For Our Times