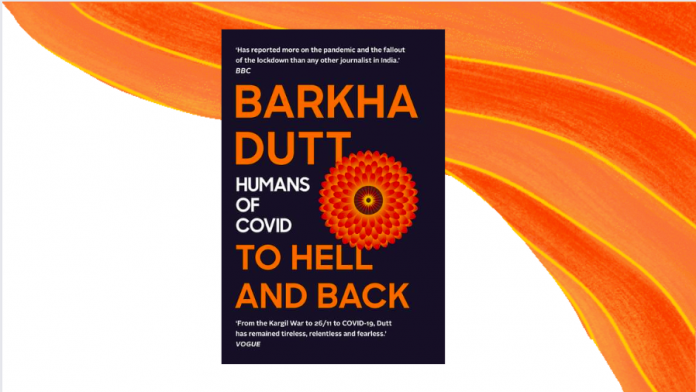 To Hell and Back: Humans of COVID
by Barkha Dutt
Publisher: Juggernaut (2022)

The Kargil War and Covid 19 – these two momentous events in India’s nationhood book-ends more than a two decade long prime-time journalistic career of the ubiquitous Barkha Dutt. Even so, “To Hell and Back” brings to you quite a different personality than one is used to seeing on screen. It is perhaps fortuitous that just before Covid hit, Barkha had left the comforts of a studio and buoyancy of a production entourage to be ready for a plunge with only a puny team and a hunger for the real. If not, the pathos of a nation reeling under a marauding virus and repeated systemic failures would have remained unsung.

Barkha ditches chronology and rightly so – as one reading this book will hardly be unaware of it. She arranges the travails of the Indian people in coherent segments. Some are somber like the long marches of migrant workers through the heart of a locked-up nation or nauseating as the suspicion and hatred meted out to the first responders for a long period in the first wave. Many are asphyxiating, yet eerily familiar, of patients gasping for breath when we could not arrange oxygen for them anymore. Others speak to the nested inequities of class, gender or age plaguing the country that an ‘equalizing’ virus bursts open. Barkha peppers her narratives (which are plenty, and yet handled with the love and care of a compatriot) with statistics, but she never lets them become one. She speaks repeatedly of the collapse of the Indian state, its abject apathy and frequent viciousness, and does so not in the indignant voice of a television journalist, but the calm of a physician performing an autopsy. On one hand, some poignant facets of the pandemic, like actions of thousands of informal citizen groups sharing meagre resources of hospital beds, oxygen or Remdesivir and leads about them through social media channels or the unbearable absence of our leaders from national spotlight during the inconsolable days and nights of the second wave remain touched only tangentially. On the other hand, the backstory of the race for vaccine making in India, contrasted with the hubris of projecting Indian exceptionalism, makes for an intriguing read.

‘Humans of Covid’ is hardly a compendium of why and how the country endured the scourge of the pandemic. As a historical document of these times, it is not all encompassing. It is rather a box where she holds the grit and tears of a nation and melds her own sorrow. Reading it is an opportunity to cry in companionship. 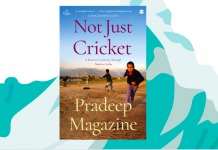 Not Just Cricket: A Reporter’s Journey through Modern India 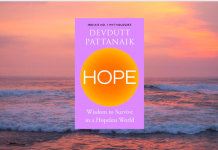 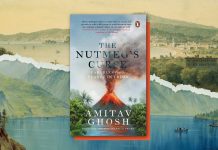 1 ARTICLES PUBLISHED
Suvarup Saha is an engineer by profession. Suvarup likes to read and feasts on books that his partner buys and stacks in overflowing bookshelves. He loves language and traveling to places where people speak a different tongue. His responsibilities in this world include brewing morning coffee and fixing breakfast. Suvarup tries to listen and came back to India after fourteen years in the USA in search of ambient noise. 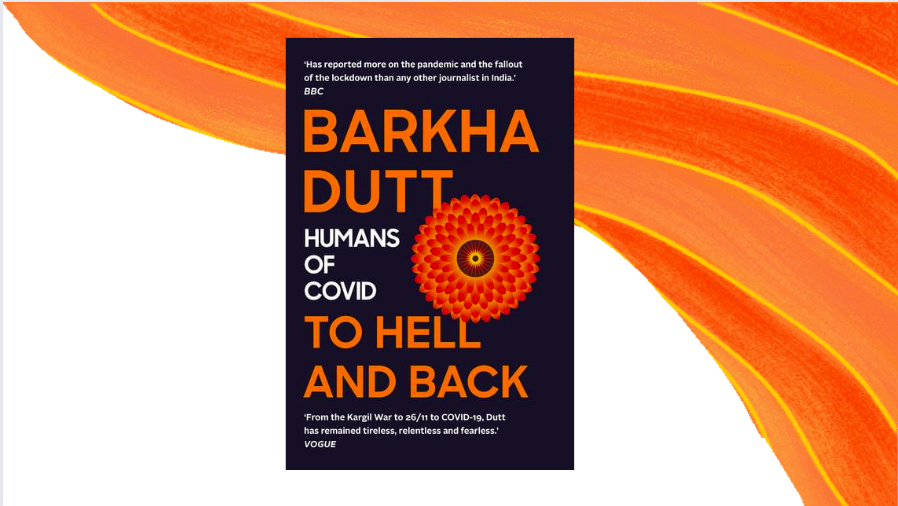