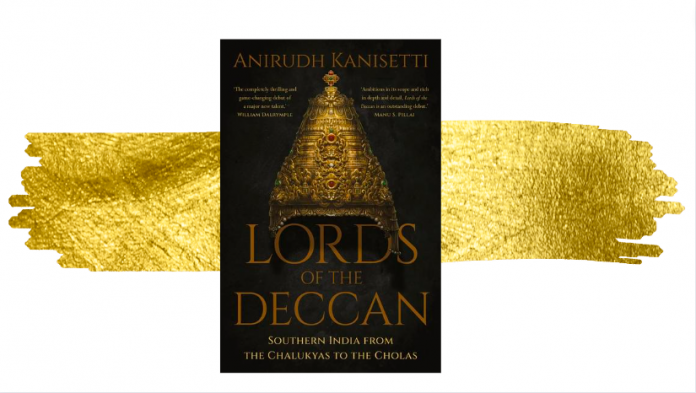 Lords of the Deccan:Southern India from Chalukyas to Cholas
by Anirudh Kanisetti
Publisher: Juggernaut (2021)

As the name of the book suggests, Lords of the Deccan traces the lives and expeditions of the South Indian rulers from the Chalukyas to the Cholas, and covers the Rashtrakutas, the Hoysalas, the Pallavas, the Palas, etc. in between. Their empires dominated the Deccan plateau, especially in the states of Karnataka and Maharashtra.

The Chalukyas originated from a chalke (crowbar)-wielding agriculturists/pastoralists’ clan. They established a mighty citadel in Vatapi, Karnataka. They had some truly great rulers including Harsha, Pulakeshin & Vikramaditya.

The author tries to give us a picture of how each of these rulers set about trying to capture more and more land, either by themselves, or with the assistance of their vassals. Sometimes, the vassals grew more powerful than the rulers, and ended up controlling the territories themselves.

The book also talks about the Ellora temple in Maharashtra built by the Rashtrakutas in great detail. The temple was excavated from an enormous volcanic basalt cliff face in barely 20 years in the 9th Century CE. It is called the Kailashanatha and is unlikely to be matched in size and beauty for the rest of human history.

The book also details how each of these rulers patronised the use of Sanskrit literary texts, as well as embarked on a wave of monumental building projects, especially temples, driven by religious as well as political reasons. Some of the temples mentioned in the book include Lokapaleshvara at Pattadakal, the Shore Temple complex at Mahamallapuram, Virupaksha Temple, Rajarajeshvaram at Thanjavur, etc. From Sanskrit, we see how Tamil became the royal language, and towards the end, also Telugu.

It also talks about how new cities & towns grew in this period, including Thanjavur, Warangal, and Kannauj. The author paints a pretty vivid and descriptive picture of the time period as it probably existed then, including some of our major river ghats.

Another highlight throughout the book is how the ladies of that time were involved in the day-to-day affairs of the events and major decisions as well. While marriage alliances were often made for convenience, the queens were pretty smart in terms of dealing with the court people, and the others in their villages/towns, especially when it came to allocation of land/other resources.

The author summarises the book by stating that today the Chalukyas and the Rashtrakutas are remembered in modern southern Indian states, though their memory pales in comparison to the Marathas. The Cholas have become one of the most important dynasties in modern Tamil nationalism.

However, I also felt there was a lot of repetition throughout the book. Maybe the author did it for emphasis or easy recall but it felt like one is reading the same thing over and over again. Also, sometimes the tone of the author came across as a little bit irreverent, especially when he talks about how most of these rulers were violent, manipulative, savage, and driven by their ruthless ambition.

The book does make for some good reading, especially if one is interested in reading through pages and pages of detailed expeditions by each of the different rulers, and the lives of the rich and the famous. It does create a fair amount of curiosity in wanting to read more about some of these. For me, especially, I would definitely want to read up more on the Hoysalas.

Previous articleCadet No. 1 And Other Amazing Women In The Armed Forces
Next articleLost, Hurt, or in Transit Beautiful
Pallavi Kamat

1 ARTICLES PUBLISHED
I am a passionate reader of books and enjoy pretty much every genre, especially historical fiction, politics and translations. I can discuss books & authors with my friends/like-minded readers for hours on end. I love giving, and receiving, books as gifts :) 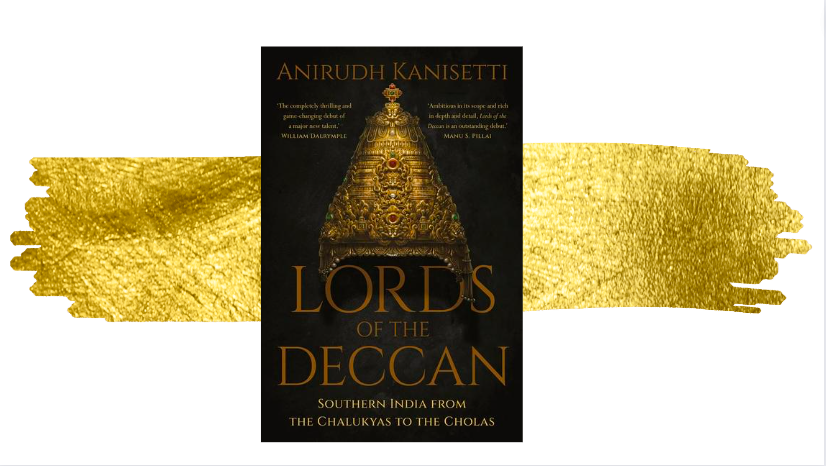 Lords of the Deccan: Southern India from Chalukyas to Cholas