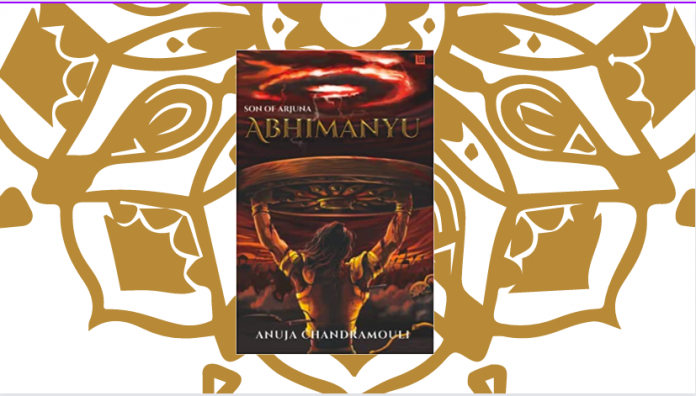 Mortals have little say in their humble roles determined by the greater arc of destiny.

This veracious line from Abhimanyu by Anuja Chandramouli sums up the entire account of Mahabharata.

The Bhagavat Gita being a series of brilliant conversations between Krishna and Arjuna is one of the world’s most famous masterpieces. The conflict between the Pandavas and the Kauravas, the fire-born Princess Draupadi, Krishna, and the war have always been the central themes of the epic Mahabharata. The lives of others have not been thoroughly examined due to a lack of related literature or inspiration. Anuja Chandramouli in this book has explored characters that are not a part of the central themes of Mahabharata.

This masterpiece by Anuja Chandramouli examines Abhimanyu’s life in great depth and reveals and illuminates hitherto uncovered dimensions. Anuja’s retelling revolves around Abhimanyu’s life, son of Subadhra and Arjuna who is considered the favorite son of all the Pandavas and is much cherished by Draupadi.

We’re all familiar with the Golden prince and his fabled death in the chakravyuh, but how many of us can honestly say we know the young man who is regarded as the finest of the best?

It is extremely challenging to draw attention to a story with a well-known climax, which the author has accomplished with incredible ease.

I didn’t expect much from the Golden Prince’s life when I picked the novel since I already knew how it would end. However, reading this book allowed me to learn a great deal from his talks with his contemporaries as well as about his life in general. The author has provided a thorough and compelling premise that depicts both the trivial and essential events in Abhimanyu’s life.

The people who influenced Abhimanyu’s life are highlighted in the book. The author brings to light a number of characters in her retelling of the story. The sister of the Dark Lord or Krishna, Subhadra is the mother of Abhimanyu and the wife of Arjuna. Anuja writes about Subhadra’s life as a beloved sister, devoted wife, adoring co-wife, steadfast mother, and endearing mother-in-law with a delightful flow. Subhadra has a wealth of profound yet humble perspectives and thoughts that unquestionably need their own literary effort. She prioritises love above all else, and I was inspired by her belief that communication and love can resolve any issue.

Abhimanyu’s connections with his half-brothers, cousins, and charioteer are notably well-written character equations by the author. The Upapandavas are prominently featured and are well-known to us for having played a key part in Abhimanyu’s early years. The author makes reference to other contemporaries who have not received much prominence in the mainstream Mahabharata saga literature.

Krishna’s intellectual discourses and Arjuna’s dialouges is famous in the Gita. However through this book I was amazed that Abhimanyu a preteen able to converse with the Dark lord himself.

It would have been more impactful had this been not briefly written. To better grasp the young Prince’s maturity, it would have been preferable, in my opinion, to provide a timeline and age.

The author deserves special praise for doing an excellent job of handling themes like feminism, male toxicity, marriage during wartime, the purpose and futility of war, moral dilemmas, and the concept of Dharma without sacrificing the characters or the plot.

Abhimanyu is regarded as the best of the best since he was trained by powerful and highly competent warriors. The climax is heart-breaking despite this. The tragic events that are retold in this book will crush your heart into a million parts, but not before showing the comprehensive knowledge through the sacrifice of a young martyr.

I would recommend this work to everyone who is a buff of retellings as every viewpoint is merely an addition to the process of sifting through knowledge to arrive at the eternal and ultim. For readers who enjoy reading interpretations of the intricate Mahabharata as well as fans of mythological fiction, Anuja Chandramouli’s Abhimanyu is a pleasure.

1 ARTICLES PUBLISHED
I'm Mamatha Ramapriya, a Bangalore-based penultimate-year law student. Learning new things and applying them to my life is something I enjoy doing. I have been an avid reader since middle school. I started out reading Nancy Drew, Hardy Boy, Agatha Christie, and other crime fiction and thrillers. I've been broadening my horizons for the past four years by reading books across many genres, and I have to admit that it's been a rewarding and enjoyable experience. My other interests include writing, yoga, dance, watching cinemas and engaging in philosophical discussions. 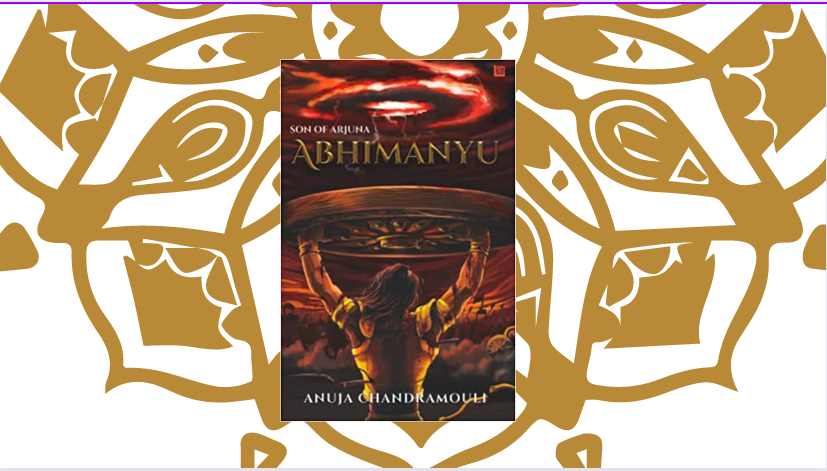